Each region in Morocco has its way of cooking and preparing food. Yet, they are all authentic.

In the local market “souks,” many vendors sell and serve all kinds of bread:

Some of the other types of bread are:

They are mouthwatering when served:

Bessara soup is a tasty dried fava bean dip or dried split peas. This humble and delicious type of soup is very famous in Morocco. Thus, it is a street type of food and homemade comfort type of food.

It is believed that Bessara preserves body temperature, especially during wintertime. Yet, some Moroccans drink all year long as it is part of the culture.

Bessara soup is served while warm from a heated communal dish. It is served in individual bowls or deep plates. Moroccans mostly use crusty bread “Khobz” for dunking or scooping the soup, or use spoons.

Here is how Bessara is made:

Steamed Sheep Head is mostly served in the day of the Islamic Feast of the Sacrifice called “Eid al-Adha.” Sidenote: During Eid, some people choose to eat the head for breakfast after a home slaughter on Eid’s days while some choose to eat the following day.

If you would like to try steamed sheep head, it is also widely served in local markets throughout the year. It is served for lunch and supper.

Here is how it is prepared:

Morocco is well known for being the world’s largest exporter of sardines. They are the most classic example of Moroccan street food. Thus, it is one of the main meals and an essential component of the Moroccan diet. They are either served as a starter or alongside cooked main dish or on the go.

Fried sardines dish and grilled sardine sandwich represent a key component of Moroccan street food. They are so tasty and delicious that they are irresistible because of their mouthwatering flavours.

Sardines that are mostly served in local markets are stuffed with:

You could call Brochettes Queens or the kings of the barbecue in Morocco. They are made in many easy, quick and delicious recipes. Preparing brochettes is well known for producing a cloudy area full of smoke, which you will experience when you go to local markets. While in local markets, you could choose to order either spicy or not spicy brochettes.

Brochettes are mostly made either from chicken kebabs or grounded meat, and they are cooked over charcoal on skewers. After they are grilled, they are then rubbed with some of the most flavorful spices.

Snail soup is well-known soups in local markets and is widespread across the country. When you visit local markets, you will see stalls selling steaming bowls of snail soup. These soups have an earthy flavour or shitake mushroom flavour.

Moroccans believe that Snail soup has so many health benefits:

This is because a snail contains:

How it is made:

The snails are simmered in a broth containing many natural and valuable ingredients. These include aniseed, Arabic gum, thyme, mint, caraway, licorice.

The flavoured Snail soup is mixed with a variety of spices up to 15 different spices. The snails are eaten out of the bowl with a toothpick.

Moroccan drink Hariar frequently through our the year, and It is highly consumed in the winter. This is because it can be considered as a full meal when it is made with rich ingredients. However, it is particularly popular during the month of Ramadan. Thus, it is served to break the fast after the sunset during the holy month of Ramadan.

Harira is made in many different ways and with many different types of spices. The process of making the soup depends on the region where it is made in Morocco. Harirra is part of Moroccan Legacy. Many Harira recipes are passed down from generation to generation. Yet, you can also make it how you like it.

Moroccan Harira is mostly made from:

Harira is served in restaurants, hotels and streetside carts. It called a crowd-pleaser soup when it is served at local markets ”souks.” This because it is simply made, nutrients rich and affordable.

Slurping your way through a bowl of Harira is not something that you will be struggling with. The soup is so tasty, and one bowl may not be enough.

It is mostly served with:

Msamen is Moroccan specialty flaky pancakes. It is a crêpe with a soft flatbread in a flattened square-shaped version or round shape. Msamen can be served in many ways.

For lunch or supper meal: It is stuffed with fillings which include grounded meat “kefta.”, and spicy herbs, Onions and Vegetables

For Breakfast meal: It is topped with butter, honey or even cheese with a cup of tea or coffee. It is a favoured early morning meal for breakfast.

Some people choose to make a homemade syrup to use with Msamen, which is a real treat for the taste buds. They melt butter and honey in a pan together until hot. They then use the mix with Msamen while it is a worm to give it a desired flavoured.

Merguez is a thin long spicy mutton or beef-based fresh Moroccan sausage pack. Merguez is grilled ground lamb or beef, or a mixture of the two. They are made using beef mince or lamb mince or a mixture of both. The minced meat is mixed with spices such as the harissa (a spiced chilli paste) and paprika. It is prevalent across the country.

It is prevalent across the country, and Moroccans make Merguez sausages at home as well. They are also popularly made by the street sellers in local squares and local markets.

When served, Merguez sausage goes perfectly with a dipping sauce. This sauce is made from mouthwatering spicy tomato salsa-style.

Moroccan shawarma can be either beef kind or chicken. They are separately slowly cooked on a rotisserie after seasoned. Then, they are shaved off in thin slices into pita bread. They are served either on a plate, in a sandwich or a wrap. Moroccans make shawarma in a very distinctive way, and therefore you can have your choice of sides and toppings with the shawarma. These sides’ choices may include Tahini, Hummus, Pickled vegetables, Salad, or anything else of your choice the vendors are offering.

They are well-marinated with nicely balanced seasoning. These include: 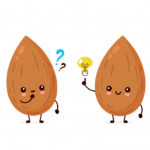 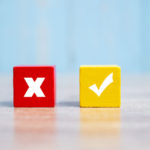