The Fez medina is a very dynamic part of the city. It is a historic center of bazaars, tourist attractions, and a vital economic center. It holds some significant landmark structures. These include mosques, religious monuments, royal residences and domestic residences. Fes is nationally and internationally well-known for many types of historical artworks.

The city of Fez is divided into three regions:

The river called (Wadi Fez) runs through the heart of the city’s ancient Medina. This river gives the place a fresh feel and looks to the town. It presents eco-friendly public spaces for locals and tourists alike.
Buildings, structures and architecture testify to the magnificent past of the city. Going through the city and its street, you can vividly observe the traces of these luxurious ancient buildings still very present. They have been preserved and maintained for hundreds of years. This shows that the city is still steeped in traditions and legacy.

The Medina of Fez plays a significant role in the city of Fez. This old part of the city holds many aspects of life inside it. These include economic, social diversity and cultural functions. While navigating throughout the Medina, your full five sens will be activated.

It is truly a heaven for your five senses as they will inevitably be triggered by:

You will have an unforgettable experience while navigating those small and narrow streets. You will pleasantly get lost in these GPS-unfriendly streets and alleys of the Medina. Getting lost in the Medina will be one of the best medina experiences of your life awaits you.

Inside the Medina are all kinds of craftsmen, including local tanners, Carpenters, blacksmiths, saddlers, leather makers, boilermakers, bakers, butchers, etc.

Top 9 Places to visit in Fez

If you are a cultural discovery lover, Fez is full of places of interest that inevitably will appeal to you. Some sites that may interest you when visiting Fez are: 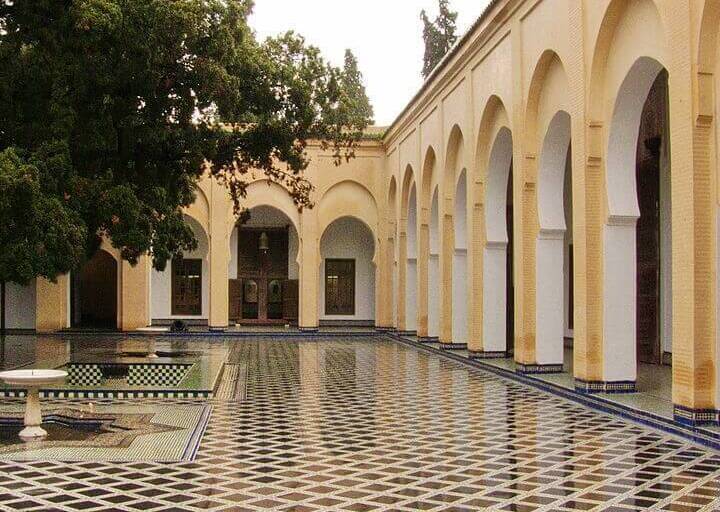 Located in Fez, the Dar Batha Museum in Morocco is a must-see tourist attraction in Morocco. You will be amazed by its art, craft and history. It is a place that you won’t want to miss when you visit the city of Fez. This Museum presents an authentic way to connect with the city’s history.

Here are some historical facts about this Museum:

Dar Batha, also called Qasr al-Bathawas, was a former royal palace in the 19th century. It is the era of Alaouite Sultan Hassan I and his follower Sultan Abdelaziz. In 1915, the court was remodelled into a museum with about 6,000 collections. Dara Batha hosts and honours some of the unique artwork of the city of Fez that goes back to the 19th century.
Here are some of the ones that will fascinate:

It unquestionably reflects some of the enticing pieces of art dating back to the 10th century. This blue ceramic reflects most of the ancient designs that have existed throughout the history of the Fez.

The Museum presents an overflowing collection of ceramics and pottery. It is one of the most captivating artworks in the country. Inside the Museum is a pottery space where you will discover an unmatched display of ceramic items.

The Museum presents an overflowing collection of ceramics and pottery. It is one of the most captivating artworks in the country. Inside the Museum, there is a pottery space where you will discover an unmatched display of ceramic items.
Here are some facts about this unique piece of art:

It is the biggest tannery in Fez. This is where you will learn the authenticity of a tannery by connecting with a tannery specialist. He knows all the steps involved in creating tanned leather, from rawhide leather to good leather.

It is a must-visit site; You will get in touch not with locals but also with part of Fez’s history. You will also enjoy a cup of tea on the roof while enjoying Fez’s panoramic view.
These of the things that will amaze you about this historical Museum:

Fez has a high population density and crowded markets and houses. Yet, there are still many spots where you can experience complete peace in Jardin Jnan Sbil. It is a meticulously manicured garden on the edge of the old part of the city.
Some facts about Jnan Sbil: 9. Al-attarine Madrasa (“the madrasa of the perfumers ): 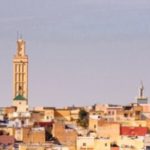 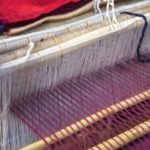